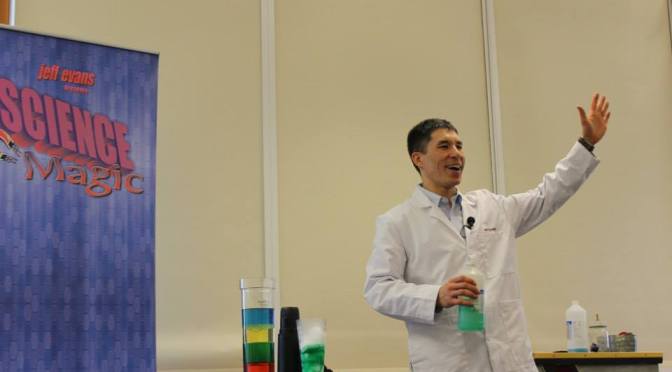 Jeff Evans’ Science Magic assembly is an interactive mix of science and magic. Students are exposed to the characteristics of solids, liquids, and gases.  The properties of air pressure, static electricity, center of mass, and density are visually demonstrated and explained in a way that makes the concepts fun, understandable, and memorable.

Magic tricks can be explained by science, and Jeff has been fascinated with science experiments and demonstrations since he was a growing up.  So, the idea of bringing science and magic together was a natural.  His goal is to spread this amazement and desire to learn science on to students.

“I just wanted to say how very much we enjoyed your assembly.  In 16? 17? years of teaching, it was one of the very best assemblies I’ve been to. The kids were totally entertained, enthralled, and educated, too.  You really motivated them with your take-home experiments.  Thank you, thank you!”
-Kathi MacDonald, Penny Creek Elementary

Not only do Jeff’s assemblies mesh perfectly with important educational and social messages, they’re also a ton of FUN!  He was named Seattle’s Funniest Magician in 2013 and voted Best Live Entertainer by ParentMap Magazine in both 2013 and 2014.  His peers in the magic world concur, having presented him with over fifteen first-place awards at magic conventions ranging from sunny California to snowy Calgary.  Count on Jeff to bring a top-notch experience to your students that has the “just right” mix of entertainment, inspiration, and motivation. 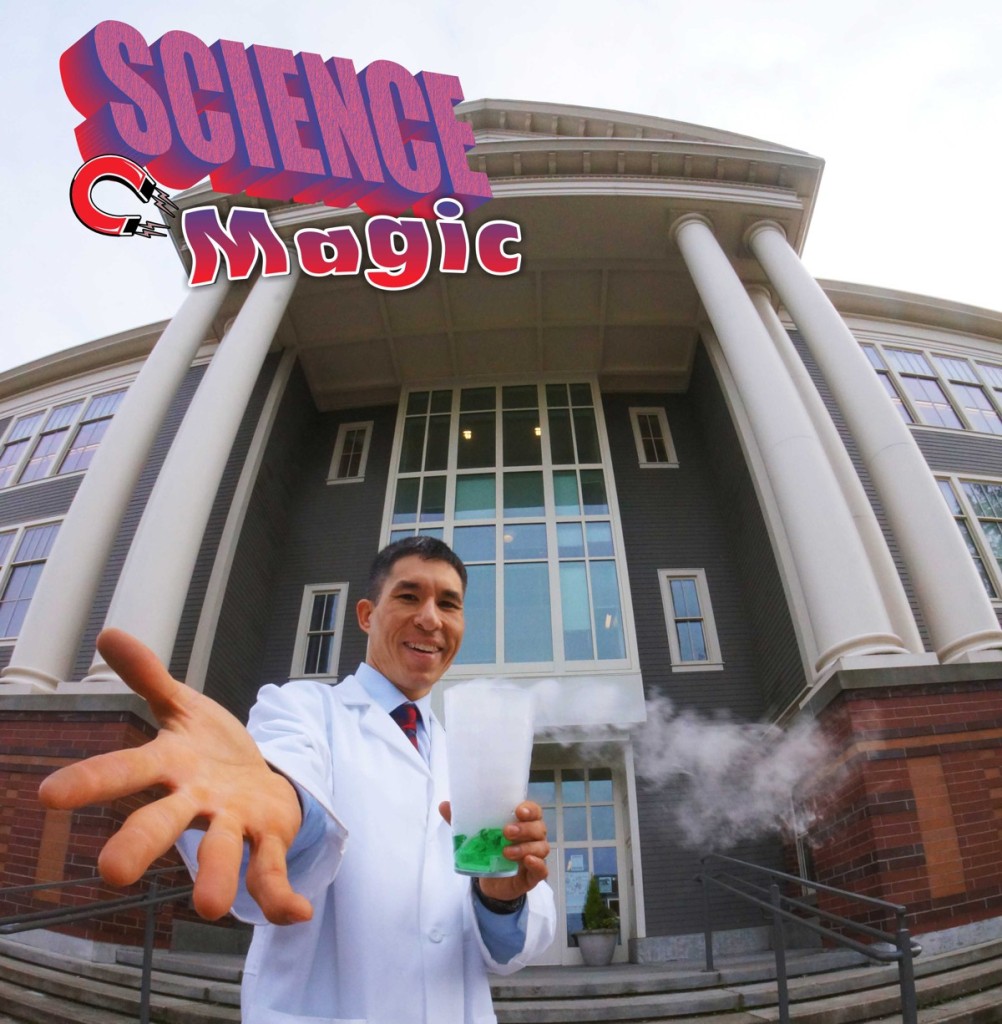 “So fantastic! Jeff is hilarious for both kids and adults, and connects so well with the kids – they couldn’t get enough of him. He came back in the evening for a family Magic Show, and we had an EXCELLENT turnout because the kids were so excited to see him again. My own kids came home and tried some of his simple science experiments here at home – though they’d never been engaged in science like that before…”
-Nicole, PTSA leader

Read this and other client reviews at Yahoo.com and Google+.

A full-time pro since 1997, Jeff is seen live by thousands of students each week in libraries and schools.  To learn more, call Jeff in Olympia direct at 360-412-5064 or send e-mail to jeff[at]edumazement.com.

Learn more about our programs, read reviews, listen to audio testimonials, and view video highlights at www.edumazement.com. For prices and availability call Jeff toll-free (877) 412-5064 or send e-mail to jeff@edumazement.com today.

Science Fair assemblies, STEM education, and fun & amazing science demonstrations you can do